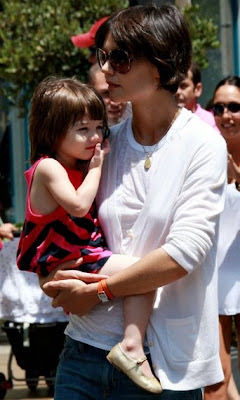 Suri & Katie made a quick shopping trip at The Grove’s American Girl store on Saturday, 19. 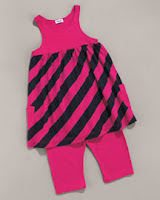 Email ThisBlogThis!Share to TwitterShare to FacebookShare to Pinterest
LA, JULY 2008 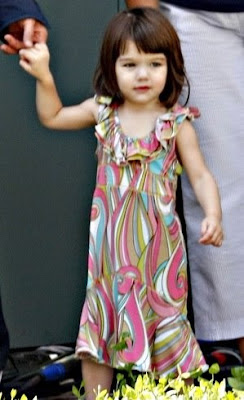 Suri & Katie make a surprise visit to the Union Station set of the ABC comedy-drama Eli Stone in Los Angeles on Tuesday, 15.

Source
Posted by stardust on Wednesday, July 16, 2008 No comments:

Email ThisBlogThis!Share to TwitterShare to FacebookShare to Pinterest
July 2008 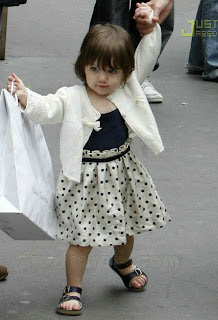 The magazine wrote: "Suri is well versed in her ABC's - Armani, Burberry and Christian Louboutin, that is. Tom Cruise's tot gets her fashionista inclinations from mom Katie Holmes, who even designed a dress for her mini-me." Other contenders in the poll include Will Smith and Jada Pinkett-Smith's seven-year-old daughter Willow, Ryan Phillippe and Reese Witherspoon's eight-year-old girl Ava and Nicole Richie and Joel Madden's six-month-old Harlow.

Source
Posted by stardust on Saturday, July 12, 2008 No comments:

Email ThisBlogThis!Share to TwitterShare to FacebookShare to Pinterest
Colorado, July 2008 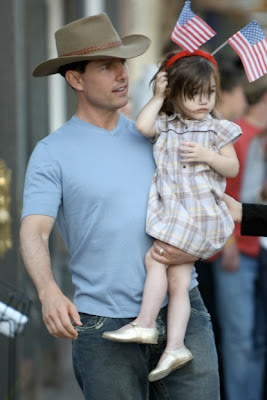 Suri celebrated 4th of July with her parents & brother Conor on near the Mr.Cruise home in Telluride, Colorado. Email ThisBlogThis!Share to TwitterShare to FacebookShare to Pinterest
LA, July 2008 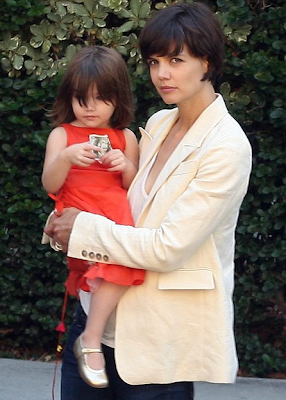 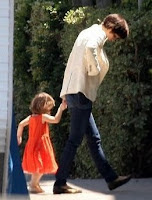 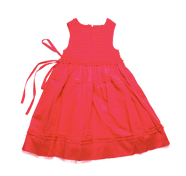 Source
Posted by stardust on Wednesday, July 02, 2008 No comments:

Email ThisBlogThis!Share to TwitterShare to FacebookShare to Pinterest
LA, June 2008 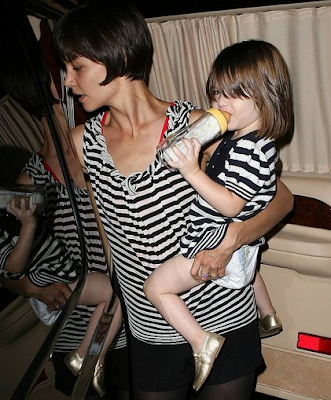 Suri was picked up by her mom after dance class at International Dance Academy on Saturday, 28. 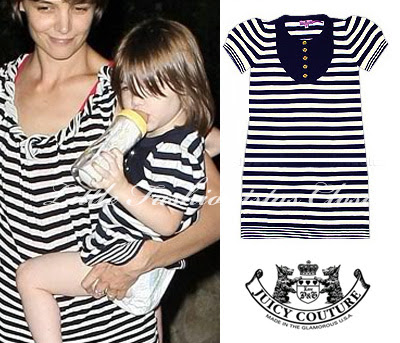 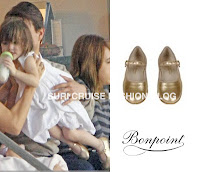 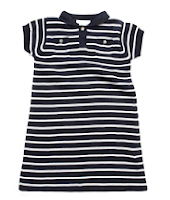 Source
Posted by stardust on Tuesday, July 01, 2008 No comments: