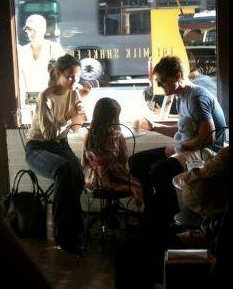 Suri and TK made a trip to the Milkshake Factory in Pittsburgh on Saturday, 24th.
The family was in town for the weekend to visit Tom while he films his latest movie, "One Shot."

"Katie ordered a vanilla salt caramel sundae for the group," a fellow customer at the Milkshake Factory tells Life & Style. "They also ordered three 20-ounce milk shakes, and Katie said they were going to share all three so they could taste the different kinds. Suri also got a plain vanilla cone!"
"They got a classic chocolate made with vanilla ice cream and chocolate syrup," the customer adds. "They also got an Oreo shake and the flavor-of-the-week shake, which was apple pie. It has cinnamon-apple-pie pieces."

outfit: its really hard to make out which dress Suri is wearing... looking for better pictures.

source
Posted by stardust on Thursday, September 29, 2011 No comments:

Email ThisBlogThis!Share to TwitterShare to FacebookShare to Pinterest
In Suri's Closet - A Line Footwear 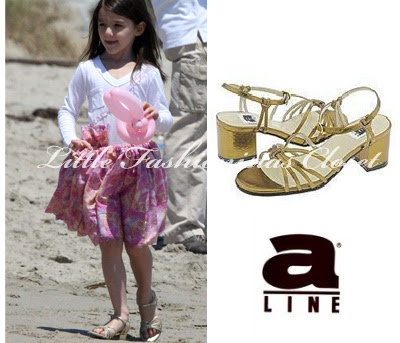 Suri was first spotted wearing Gold Sandals (model 6/A0088) by A Line Footwear, while out on the beach with Katie on May 30th 2011.


Thanks a lot for the info to Amy Buckner from A Line Footwear for Kid Girls.
Suri's model is sold out online, for ordering contact sales@amianaltd.com.
Posted by stardust on Wednesday, September 28, 2011 No comments: 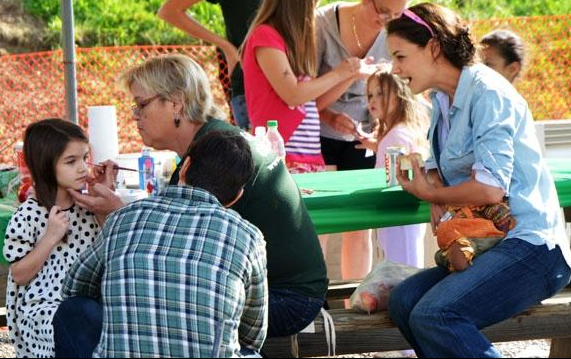 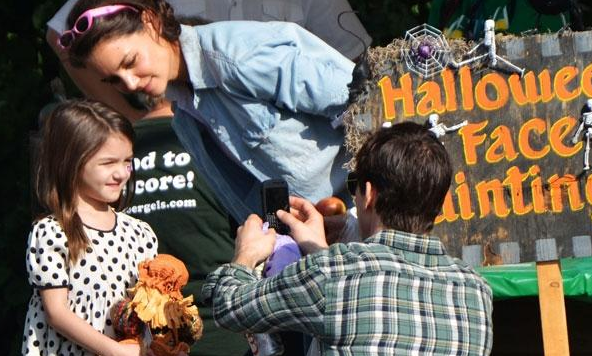 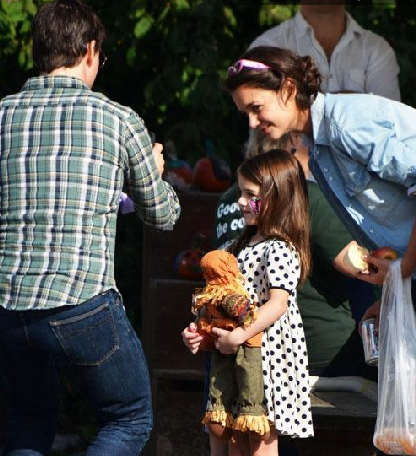 Suri got her face painted!

Thanks again to Amy for even more pictures!!! :)
Posted by stardust on Tuesday, September 27, 2011 No comments:

Email ThisBlogThis!Share to TwitterShare to FacebookShare to Pinterest
Suri's Style

one of Suri's favorite brands - Juicy Couture has just released their FW'11 shoes collection!
Shoes with heels are included as a party-wear for Little Fashionistas!

cant wait to see Suri wearing one of these adorable pairs.. :)
Posted by stardust on Tuesday, September 27, 2011 4 comments: 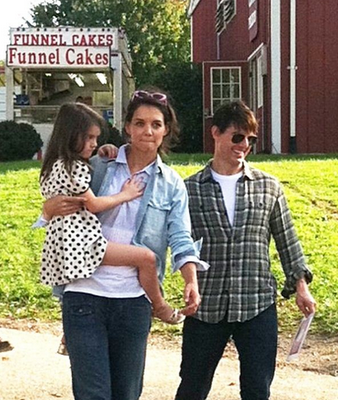 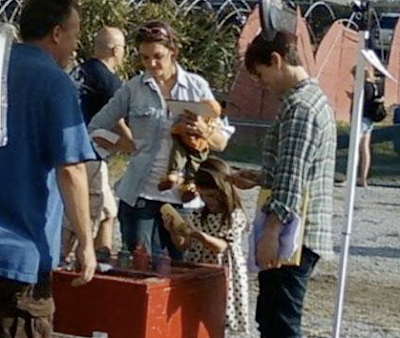 Suri & TK spotted at Soergel Orchards Family Farm Market in Wexford Sunday, 25th.
Tom is in Pittsburgh to film a new action-thriller movie, "One Shot." According to the Pittsburgh Film Office, filming will take place in and around the city from early October through the end of the year. 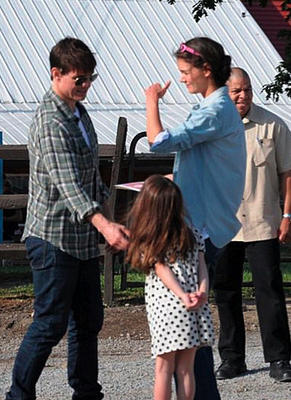 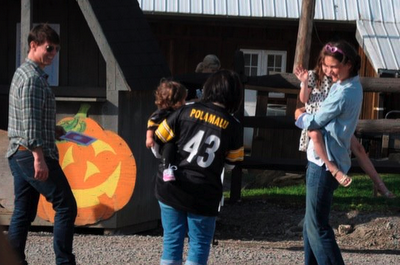 more pictures THANKS to Amy! 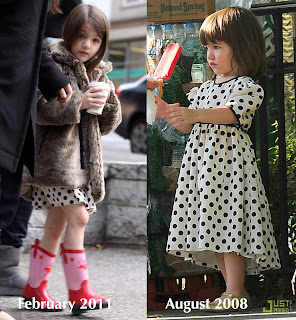 Suri is wearing Silk Polka Dot Dress by Holmes&Yang, which she first wore on August 7th, 2008.
more info:
on September 22nd, Katie and Suri were spotted at Ross Park mall in Pittsburgh.
They stopped at the Cheesecake Factory.
Posted by stardust on Monday, September 26, 2011 1 comment: 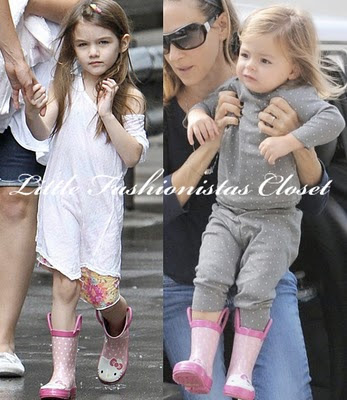 the comparison is in place cause both girls have a rather PJamish feel to their outfits.. :)

Suri Cruise paired her HK Rain boots by Western Chief with a reversible Reversible Floral Tshirt Dress (no id), while out shopping in Toronto on August 22nd 2010.

Tabitha Broderick opted for a comfy look paring her HK Rain boots with Polka-dot Loungewear set from AW11 Collection by Bonpoint, while out with her family in NYC on September 9th 2011.

imho - both looks are ill-fitted for wearing outside.. but the boots are really cute!

Posted by stardust on Tuesday, September 20, 2011 No comments:

Email ThisBlogThis!Share to TwitterShare to FacebookShare to Pinterest
Labels: Who Wore It Better?
September 2011 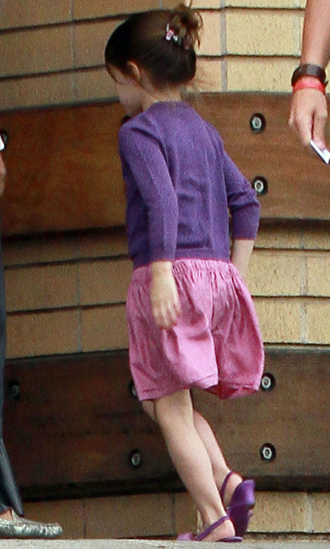 Suri & Katie went to a Post Office in Brentwood, CA on Friday, 16th. 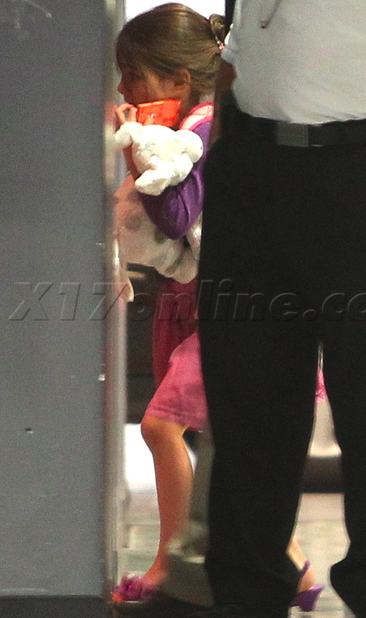 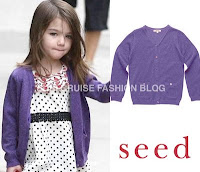 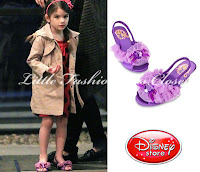 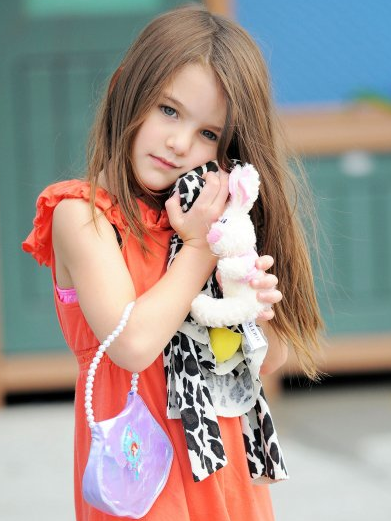 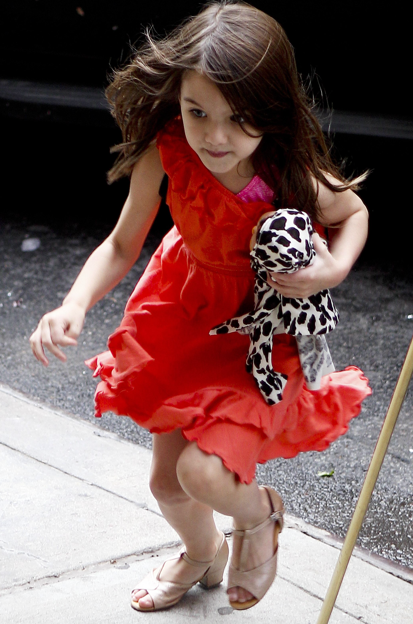 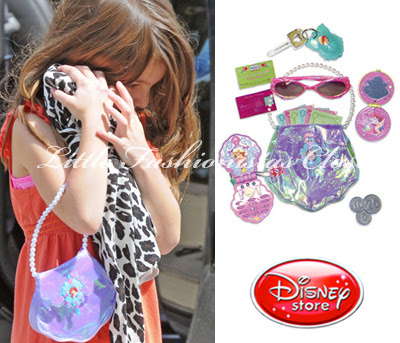 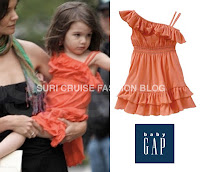 Suri is wearing Asymmetrical Ruffle Dress in Orange from Sunset Collection by GAP, wich she first wore on May 31st 2009. 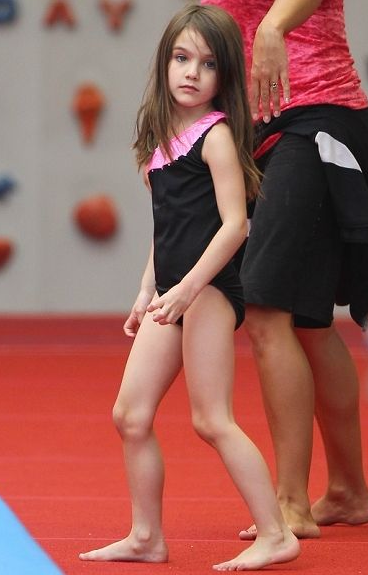 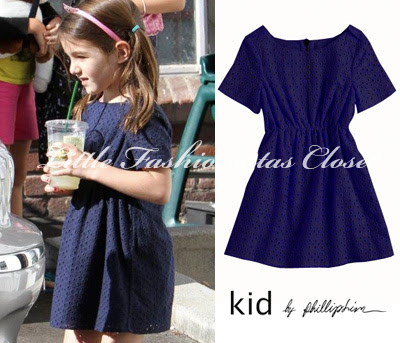 Thanks to Natalia for the info!
Posted by stardust on Friday, September 09, 2011 No comments: 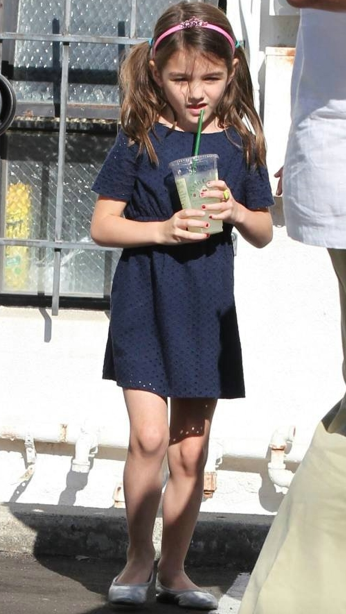 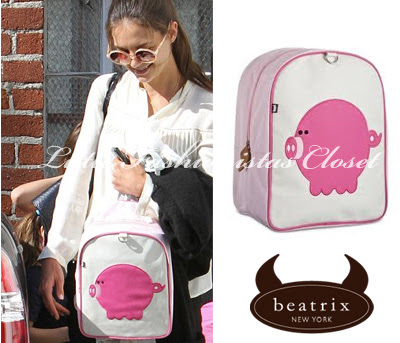 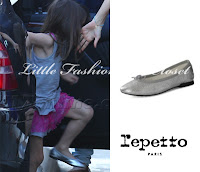