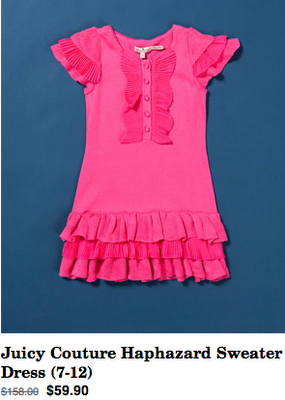 Email ThisBlogThis!Share to TwitterShare to FacebookShare to Pinterest
November 2011 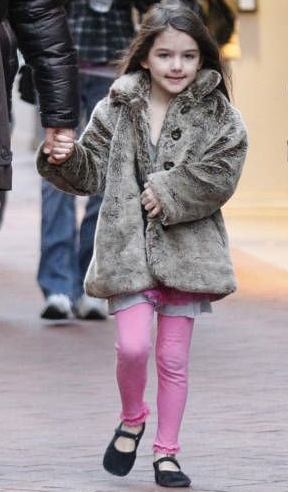 Suri, Katie & Tom spotted out & about in Pittsburgh on Saturday, 19th. 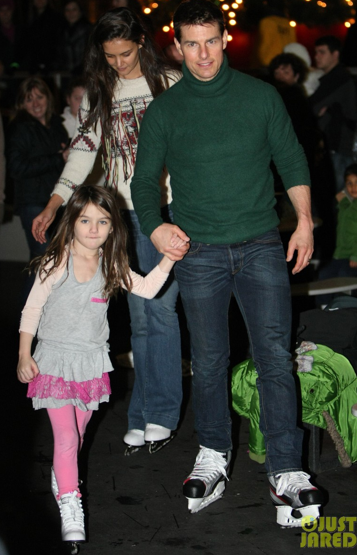 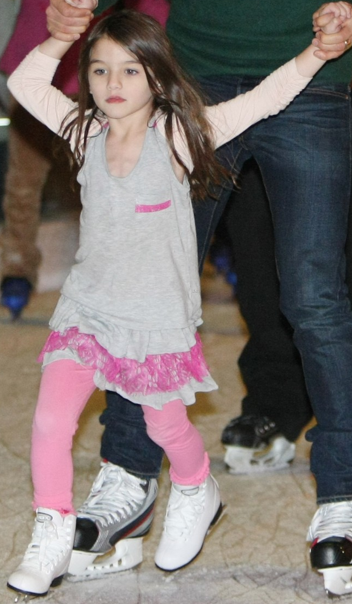 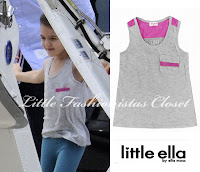 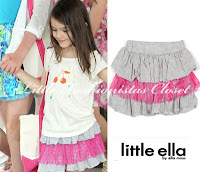 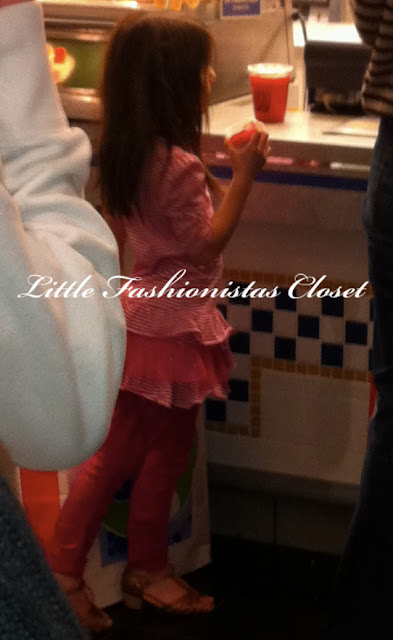 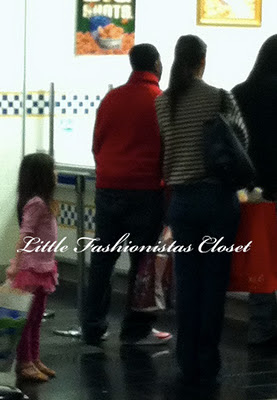 Thanks to Dear Reader Eve for sending her pictures of Suri & Katie shopping at Park Ross Mall in Pittsburgh on Sunday, 13th. 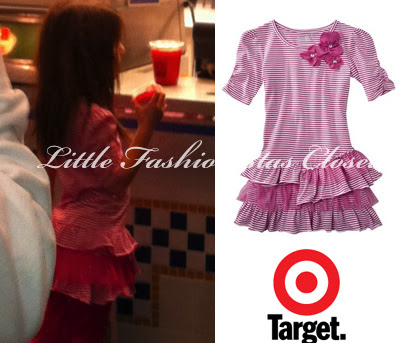 November is definitely Suri's PINK month, since this is 3rd pink outfit in a row :)
Posted by stardust on Sunday, November 13, 2011 No comments: 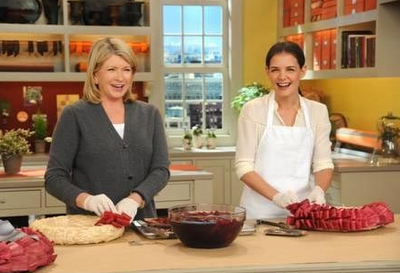 Katie talks about their Thanksgiving plans!

The actress, wife to Tom Cruise and mom to Suri Cruise, said she does have a meal ready too, but she’s not usually behind the preparation.
“I make sure the fixings are there I just don’t tell how they got there,” Katie explained.

There is one thing, however, Katie does make – pumpkin bars.
“My mom started a tradition where she makes these amazing pumpkin bars — almost like a pumpkin cake with cream cheese frosting, but it’s not too spicy. In my family we travel so much and we’re constantly living in hotels, so my daughter and I have been in the living room of the hotel with powdered sugar going everywhere making this to keep up the tradition,” the “Jack and Jill” actress said.

reported by access hollywood
Posted by stardust on Saturday, November 12, 2011 No comments: 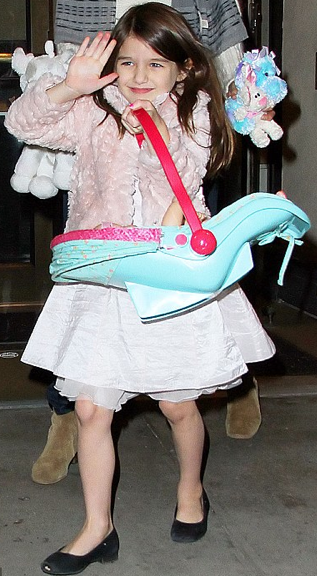 later in the evening S&K left their NYC apartment with a bunch of toys.. Thursday, 10th. 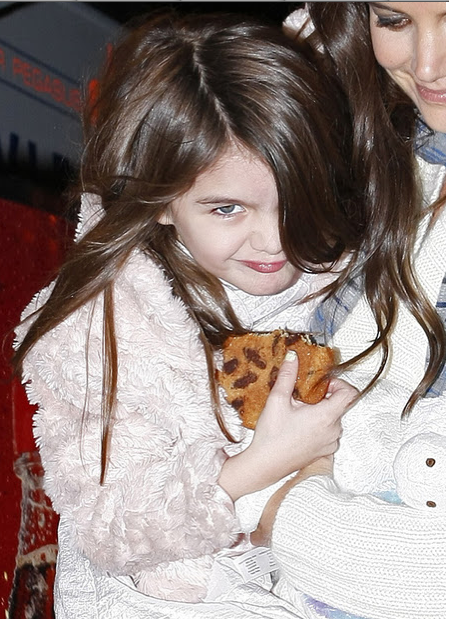 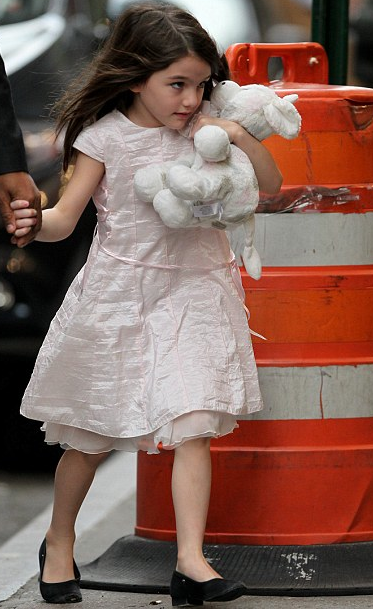 Suri accompanied Katie to the David Letterman Show in NYC on Thursday, 10th. 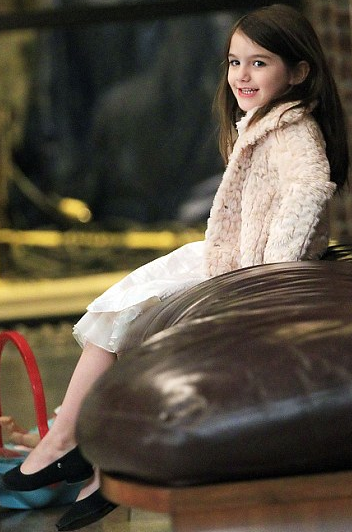 after the interview S&K once again visited the American Girl store. 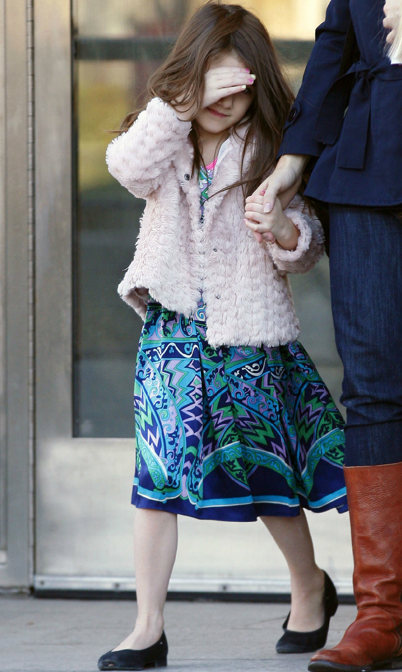 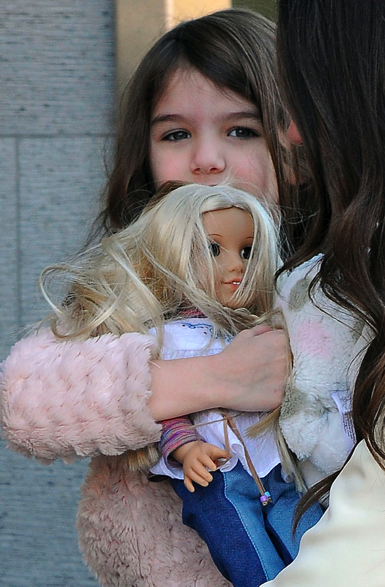 Suri was holding Julie Doll by American Girl, purchased yesterday on a shopping trip to the AG store.
Posted by stardust on Friday, November 11, 2011 1 comment: 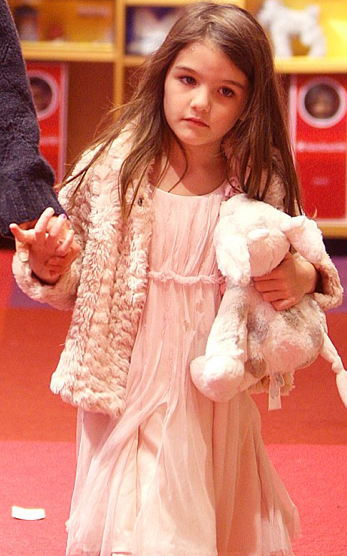 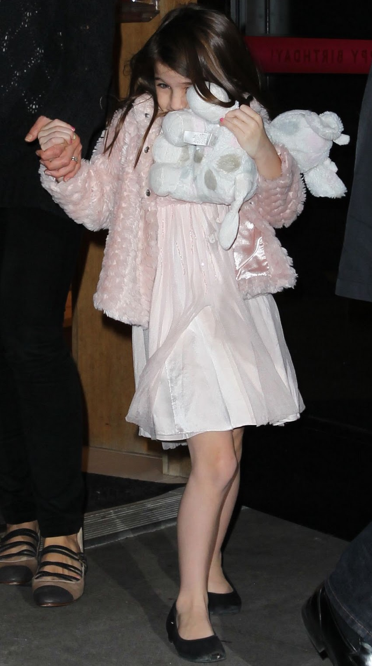 Suri's TRASH outfit - the dress has numerous cuts & tears, the hem looks shortened with the scissors.. the right shoe has a hole on the toe.
outfit: h&m faux fur jacket.
Posted by stardust on Wednesday, November 09, 2011 1 comment: 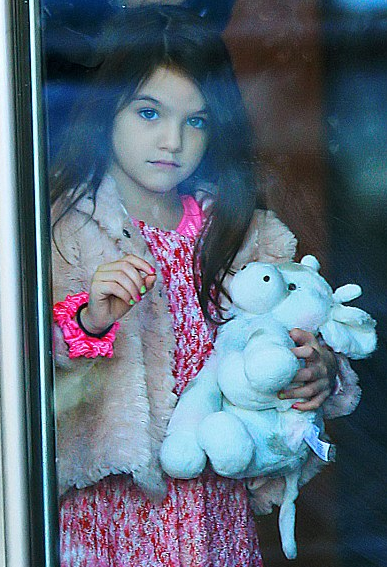 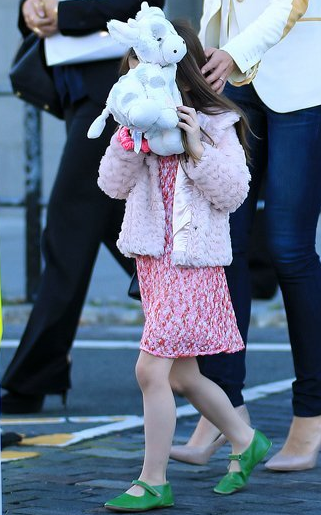 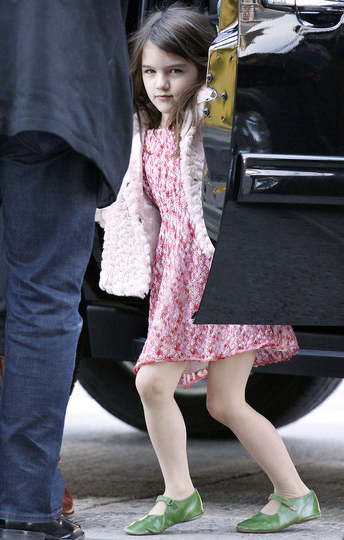 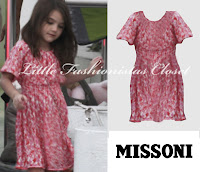 The Cruise Family spotted in Pittsburgh:

Tom was spotted taking Suri trick-or-treating in the Squirrel Hill neighborhood on Halloween.

Katie and Tom visited the Milk Shake Factory on the South Side, home of Edward Marc Chocolatier. Daughter Suri liked the chocolate turtles, or terrapins. They liked it so much, Katie brought Suri back for a return visit.

Family is staying at the Downtown Hotel in Pittsburgh.

Email ThisBlogThis!Share to TwitterShare to FacebookShare to Pinterest
October 2011 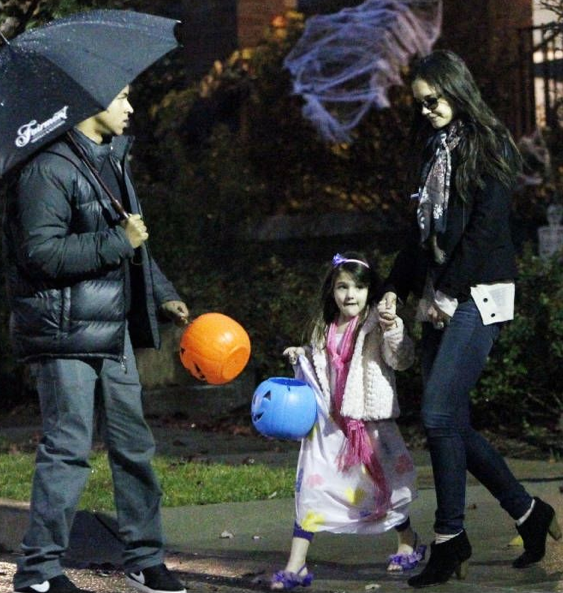 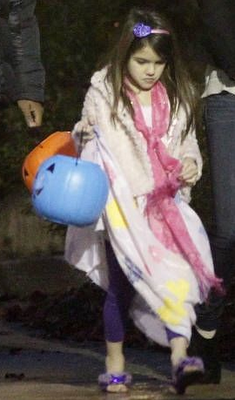 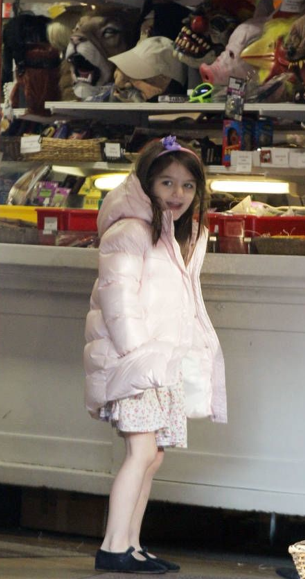 Suri & Katie went on a last-minute Halloween shopping trip to the costume store & Target in Pittsburgh on Sunday, 30. Suri & Katie shivered on the set of Tom's new film "One Shot" in Pittsburgh on Saturday, 29th.