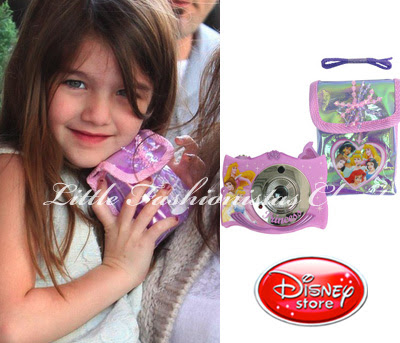 Suri is holding Disney Princess Talk 'n View Play Camera with Case.
Thanks to BabyM for the id!  :)
Posted by stardust on Monday, November 29, 2010 2 comments: 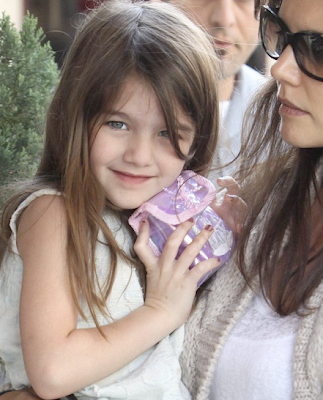 Suri Cruise wants to be a singer like her idol Willow Smith!

Suri Cruise has shocked and worried her knackered mum Katie Holmes by asking when she can have her own music and movie career.

Worried Katie, 31, has told friends she's terrified that Suri's growing up too fast.

The four-year-old diva in the making, who counts Armani and Burberry as her favourite labels, has a whopping six wardrobes to house her clothes, which include a £1,300 D&G fur coat and a £1,800 pair of custom-made Louboutins, bought by Katie this summer.

But after saying she wanted her own fashion collection, precocious Suri has now turned her attentions to her ‘big BFF', Will Smith's daughter Willow, and is desperate to have a singing career like hers.

The Cruise and Smith families have been friends for years and since 10-year-old Willow signed with Jay-Z's Roc Nation record label this year and her debut single "Whip My Hair" reached No 11 in the US charts, insiders say Suri is growing impatient and is desperate to copy her idol.

‘Suri trails round after Willow whenever she sees her,' reveals a family friend.

‘She's four going on eight and she knows exactly what she wants. She loves Willow's song and is desperate to start getting in front of the camera herself.'

Email ThisBlogThis!Share to TwitterShare to FacebookShare to Pinterest
Labels: Magazines
Lets Celebrate Thanksgiving and the begining of the Holiday Season
with this super ADORABLE Picture! 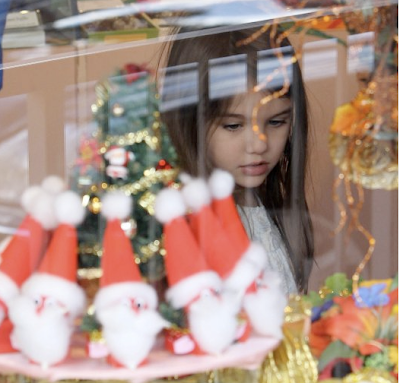 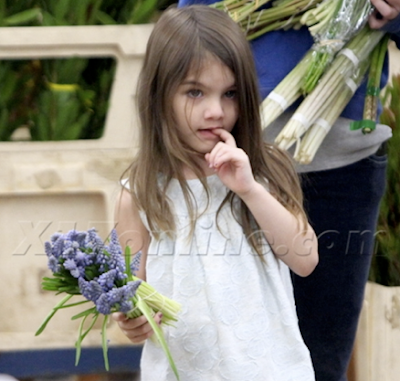 Suri & KAtie stock up on fresh flowers at a wholesale market in Downtown LA on Wednesday, 24. 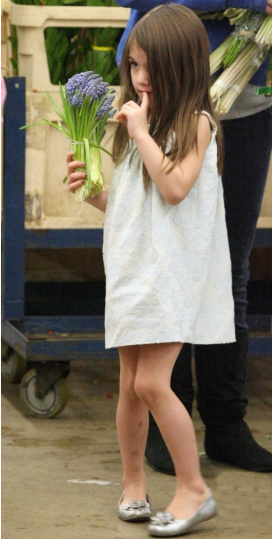 Suri looks so CUTE!!! :)
She is also wearing the same shoes as yesterday - Disney Dazzle Silver Shoes by Stride Rite. 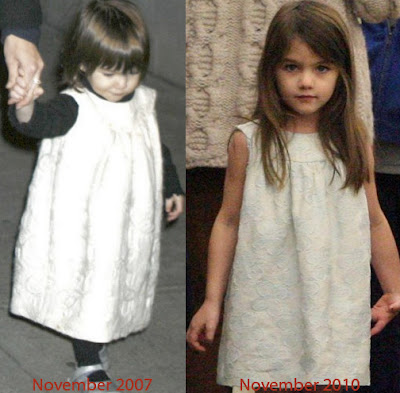 believe it or not, but Suri is wearing the same dress as she wore almost exactly 3 YEARS AGO! in November 2007!

Thanks to Katrina for thinking along with me! ;) 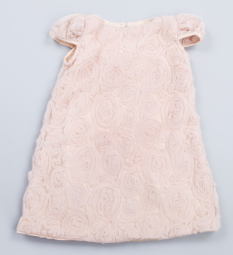 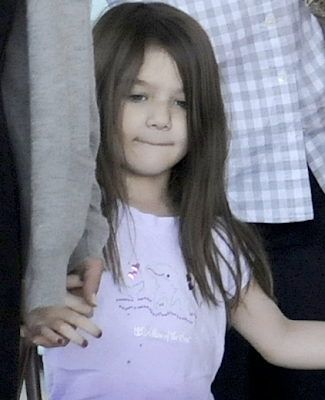 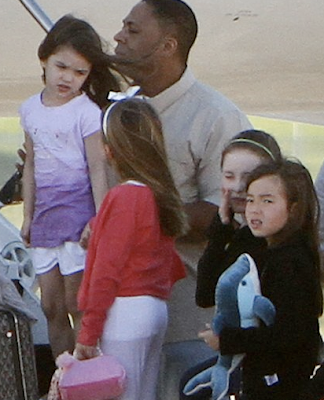 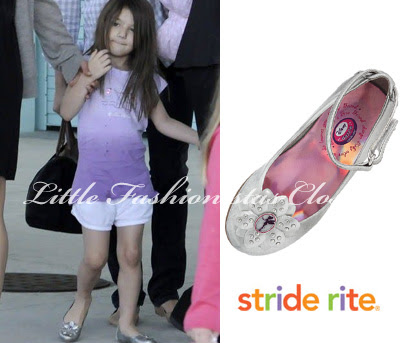 Thanks to Kat from PopSugar TV!

Email ThisBlogThis!Share to TwitterShare to FacebookShare to Pinterest
Labels: Other Brands
November 2010 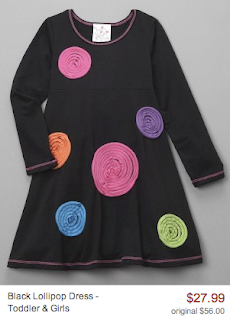 Thanks to Anonymous for the hint!
Posted by stardust on Tuesday, November 23, 2010 3 comments:

Email ThisBlogThis!Share to TwitterShare to FacebookShare to Pinterest
In the News - November 2010 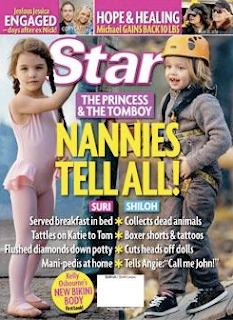 Suri & Shiloh: The Nannies Tell All!

At just four years old, both Suri Cruise and Shiloh Jolie-Pitt are already living like Hollywood royalty. But for the little princess and the rough and tumble tomboy, life couldn't be more different! One plays with diamonds, the other, with dead animals. And who would know better about their polar opposite lives than the people who care for them?

In the Nov. 29 issue of Star, on sale now, insiders from the Cruise and Brangie camps reveal the most intimate and shocking secrets of Suri and Shiloh's totally different lives. Tom Cruise and Katie Holmes' daughter Suri "never hears the word 'no,' from a nanny or anyone else," a source explains. Whether it's a priceless diamond tiara or cupcakes at midnight, spoiled Suri's wish is her overworked staff's command!

But taking care of tomboy Shiloh, the daughter of Brad Pitt and Angelina Jolie, presents a different set of challenges. Though she's a sweet girl with a heart of gold, Shiloh has a serious mischievous streak that often gets the better of her. As we report in this week's issue, the wild child collects dead animals, plays childish pranks on unsuspecting nannies and cuts the heads of sister Zahara's dolls! "She was playing cowboys and Indians once and she said she had to scalp them," an insider reveals. "Brad made her apologize."
Posted by stardust on Tuesday, November 23, 2010 3 comments: 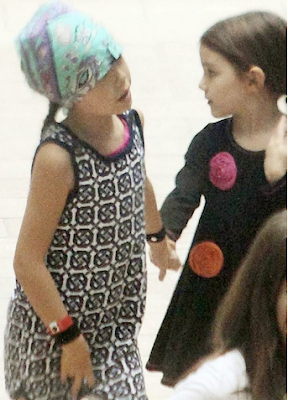 Suri & her friend were spotted holding hands on the set of Katie's new movie "Jack and Jill", several scenes are filmed aboard Royal Caribbean's ship "Allure of the Seas" on Sunday, 21.

Thanks to Laura for the pictures! :) 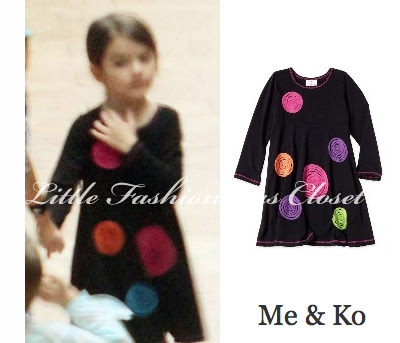 Suri is wearing Lollipop Black Swing Dress by Me & Ko. 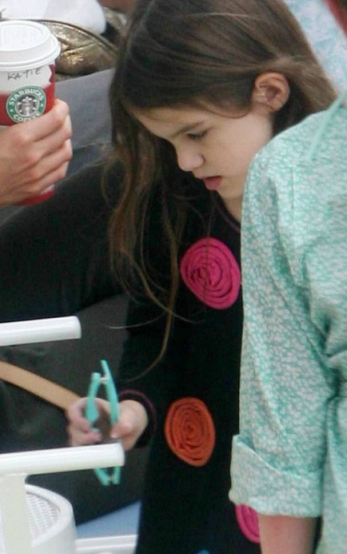 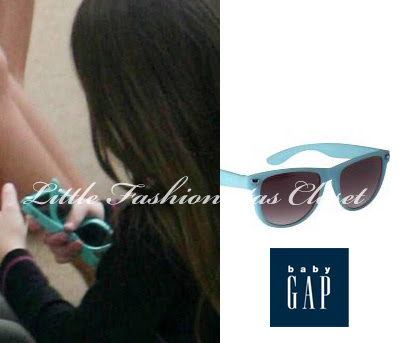 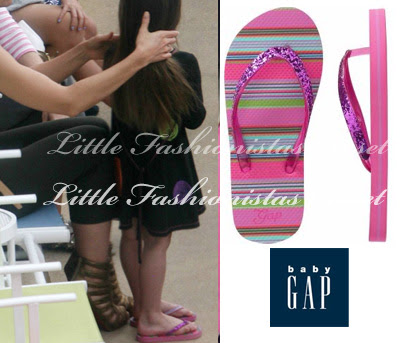 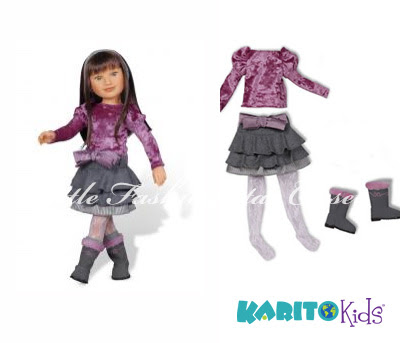 Suri's most recent doll and doll's limited edition holiday outfit is available now
on sale for only 18$ @ totsy! 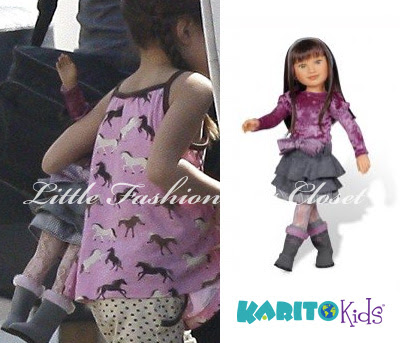 Suri was spotted carrying this doll on October 12th 2010.
Thanks to Katrina for the id!
Posted by stardust on Saturday, November 20, 2010 1 comment: 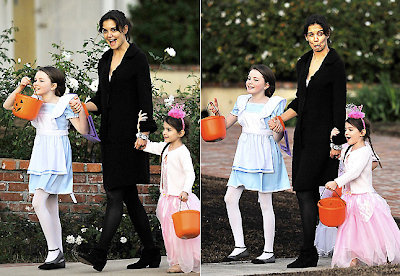 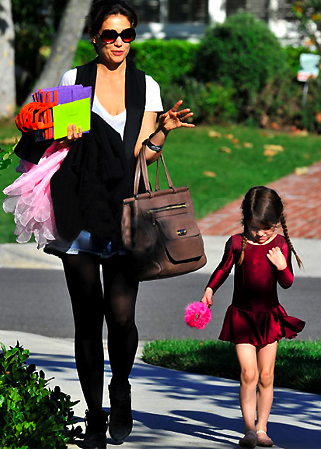 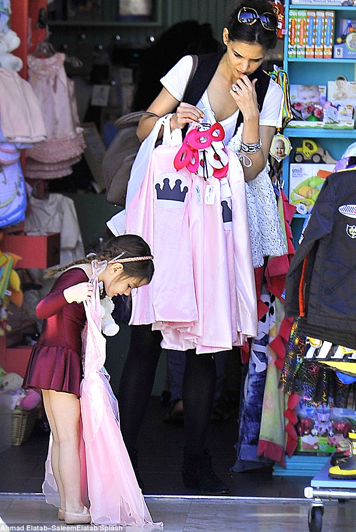 and did some last-minute costume shopping at the Century Mall.

What a busy day for Suri and such lovely pictures!

Thanks to Roberta for the link!
Posted by stardust on Monday, November 01, 2010 10 comments: